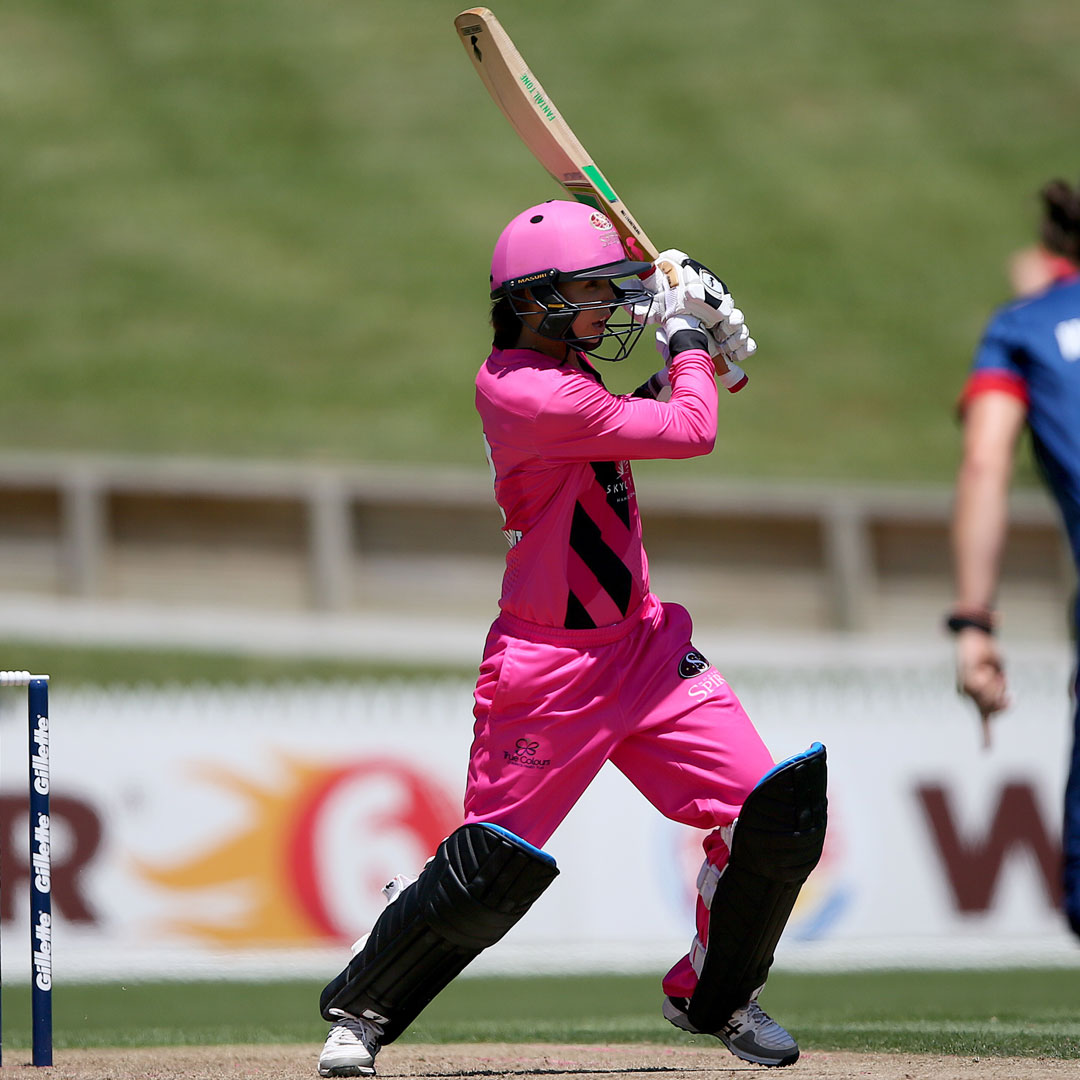 A fine team performance from the Auckland Hearts was too much for the Northern Spirit at Seddon Park. Arlene Kelly's 41* and 1-22 with the ball was the stand out for the visitors, while Bernadine Bezuidenhout's fine 77* wasn't enough to get the Spirit home.

After a slightly unsteady start, Lauren Down (29) and Maddy Green (17)'s partnership for the second wicket got the Hearts off to a bright start before Green was caught in the deep trying to hit Anderson out of the park in the ninth over, followed by Down the next over.

Katey Perkins (29) and Holly Huddleston (15) supported Arlene Kelly's 41 not out from just 21 balls to keep the momentum up through to the finish.

Kelly climbed into the Spirit bowlers from the start, smashing boundaries all around the park including a big six down the ground from Kate Anderson, as the Hearts finished on 148-5.

In reply, Bernadine Bezuidenhout's 77* from 64 balls was the backbone of the Spirit's chase, but she struggled to find the partners required to chase down the target.

Bezuidenhout plundered seven fours and two sixes in her innings - but some excellent Hearts bowling and fielding forced three run outs, helping keep the pressure on the Spirit.

Kelly (1-22), Anna Peterson (1-20) and Roz McNeill (1-20 from three) all helped put the brakes on, and despite Bezuidenhout's heroics, the Hearts' total was always just too far out of reach.