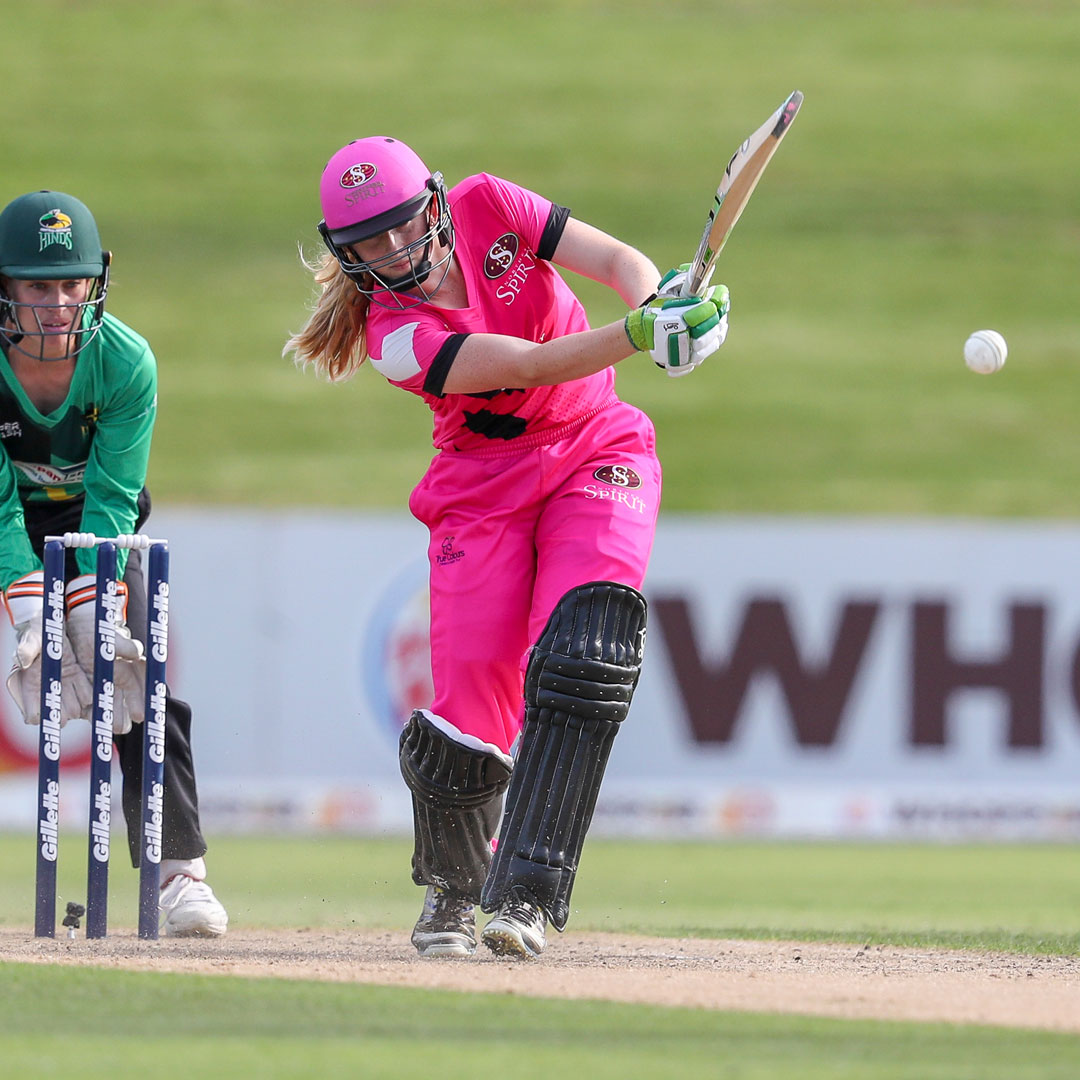 
Katie Gurrey has made the WHITE FERNS squad for the first time after being been selected in the T20 squad to play India Women next month.

Gurrey's selection is in recognition of her fantastic Burger King Super Smash campaign for the SkyCity Hamilton Northern Spirit, where she finished as the second-highest run-scorer with 298 runs, despite only batting seven innings - four less than first-placed Frankie Mackay, who scored 69 runs more with 367.

"When I received the call that I had made the squad I was on a lunch break from work. It's an amazing feeling and I am super excited for the opportunity to represent my country," said Gurrey on her selection.

Gurrey's amazing Super Smash campaign is further displayed by the fact that she scored the most fours in the competition (53), had the fourth-best strike-rate (121.14) and averaged 42.57; scoring four half-centuries from her seven innings.

So what does Gurrey attribute her form to?

"Walking out to the middle with confidence and aggression: these were key to me performing my role for the team; playing an attacking role from the start of the innings."

The Hallyburton Johnston Shield one-day competition is another stage where Gurrey has displayed her abilities, scoring a brilliant 102 against unbeaten competition-leaders, Auckland Hearts.

"Katie can be proud of how she performed in the Burger King Super Smash," said Tiffen.

"We are rewarding players who are in form and we feel that Katie deserves a chance at the highest level."

When asked about what most-impressed her about Gurrey, Tiffen found it difficult to narrow it down to just one factor.

"Katie is a big striker of the cricket ball; she's an attacking batswomen and plays with a lot of courage," replied Tiffen.

The other Spirit player to make the squad is Bernadine Bezuidenhout, who had a similarly impressive Super Smash campaign.

ND cricket fans will have a chance to see Gurrey don the fern when the final match of the series comes to Hamilton's Seddon Park.