Knights right back at it 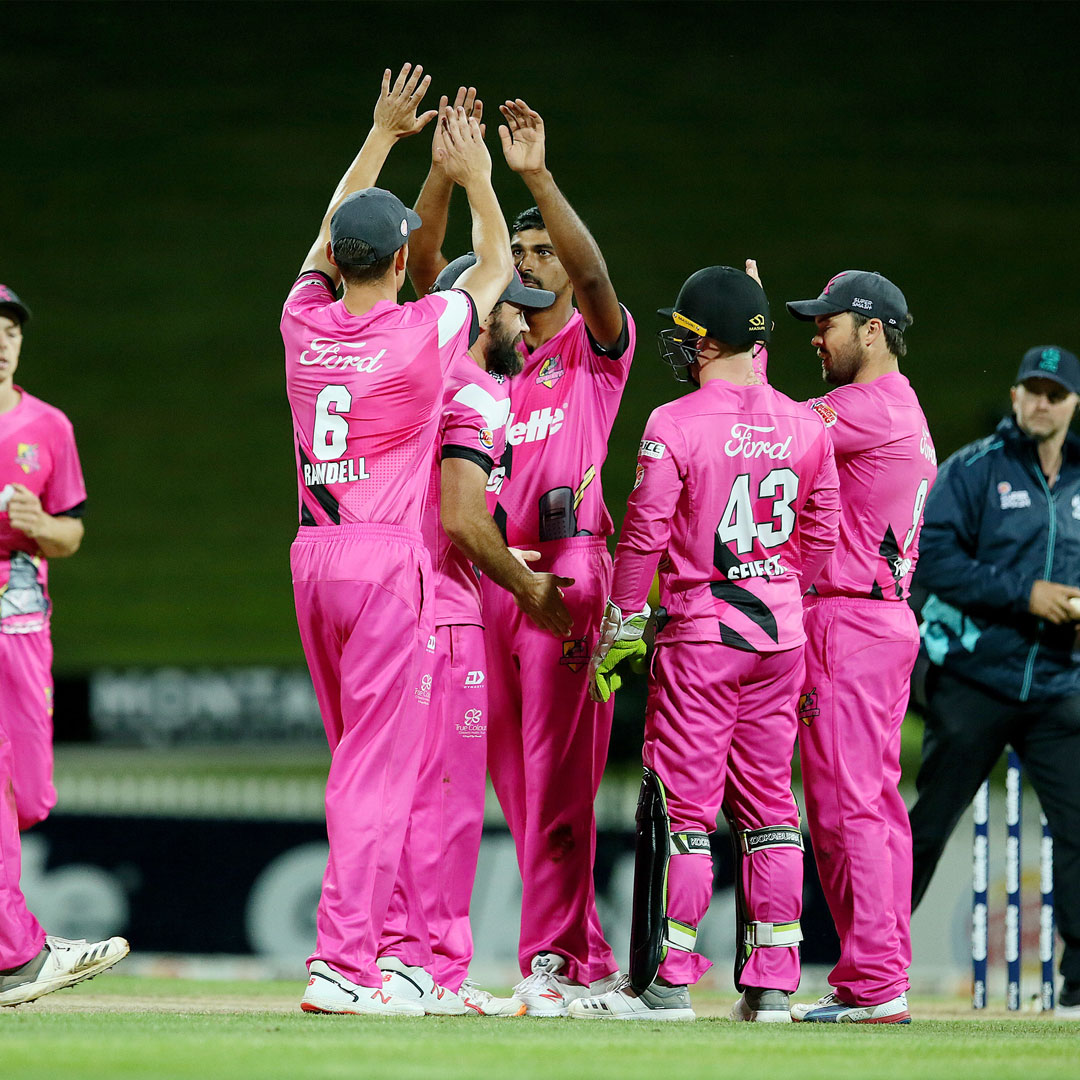 Dean Brownlie's 99 lead the Knights to a formidable 215-6 from their 20, and despite a spirited start, the Firebirds chase ran out of steam to hand the defending champions a 45-run win to start their campaign.

Anton Devcich went second ball trying to hit Luke Woodcock out of the park, before Tim Seifert and Dean Brownlie combined for 72 runs at a good clip, hitting cleanly through the field and then going over it. They took 22 runs from Woodcock in the eighth, before Seifert fell chipping Jeetan Patel back to the bowler for 46 from 28.

Daryl Mitchell took his toll on some over-pitched bowling, striking three big sixes before English import Adam Hose took a stylish running catch at fine leg to remove him for 29 from 17.

Brownlie was on fire, rocketing into the 90s, showing no nerves to hit the attack all around the ground before being dramatically bowled by Jimmy Neesham on 99, missing out on a deserved century.

Mitchell Santner, making a return from a long term injury, got 22 from 13 at the death to bring the Knights to 215-6 from their 20.

Devon Conway upped the scoring rate early, taking 17 from a Scott Kuggeleijn over, while Michael Bracewell was removed by a flying Brett Hampton catch, racing in from the square leg boundary and diving low for a great grab.

Conway was in control, hitting boundaries around the ground with cleanly struck, proper cricket shots including some vicious cuts, to show why he's such an exciting prospect.

Just when things were starting to get away on the Knights, Ish Sodhi bowled Conway for 45 from 23 with a fine googly, to bring Jimmy Neesham to the crease. He looked in good touch, racing to 22 from 13 before slashing Sodhi to cover where Brownlie reeled in the catch.

Michael Pollard and Tom Blundell rebuilt steadily before Pollard was caught at deep mid wicket by Santner with a low diving catch for 24, and Blundell holed out for 20, giving Mitchell a wicket to his delight.

Devcich dismissed Woodcock and Ollie Newton in two balls but missed his hat trick - he finished with 4-27 as the Knights did it comfortably in the end, winning by 45 runs.