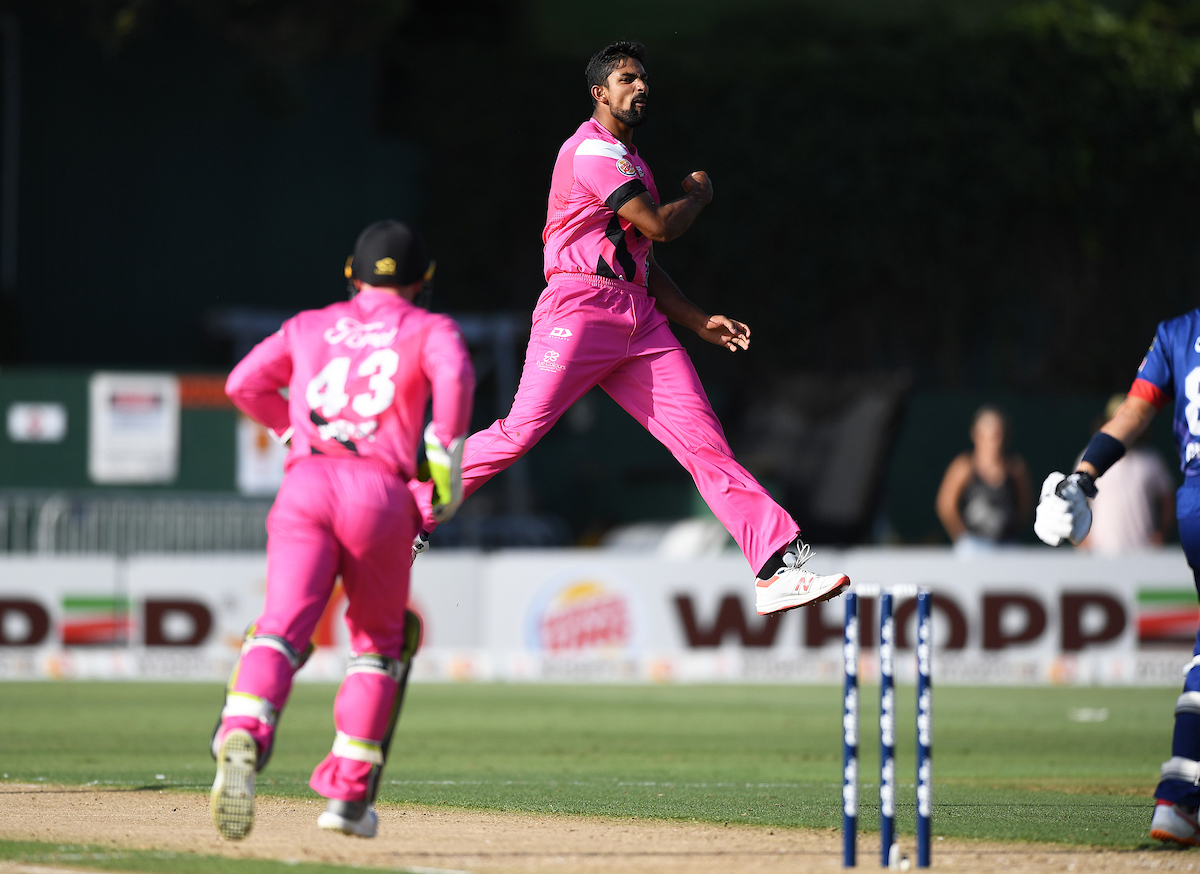 The Auckland Aces pulled off a perfectly timed chase to chase down the Knight's formidable 196-8 with six wickets and four balls up their sleeve. Colin Munro (54), Craig Cachopa (60) and Robbie O'Donnell (45 from 26) were the standouts as the Aces moved to second on the table, confirmed their spot in the Burger King Super Smash finals and maintained their momentum against the first placed Knights.

After the Aces put the visitors in, Nick Kelly (37) and Dean Brownlie (33) went on the attack hard from the start - after taking time to play themselves in, both cut loose and lifted the run rate to almost 12 an over, peppering Sandringham Road with some big sixes over the leg side.

There were some wobbles when Kelly, Brownlie and Brett Hampton all went out while adding just nine runs, but Daryl Mitchell (37) and Corey Anderson went on the counter-attack to get momentum back. Between them they hit some massive sixes straight down the ground, before Munro got his second crucial wicket of the match when Roneel Hira caught Anderson for 36.

Peter Bocock took on the attack to strike 27 from 13 at the end, with the Knights taking 14 from the last over from Mitchell McClenaghan to make it through to 196-8.

Colin Munro showed great concentration to play himself into form, scoring steadily before hitting out, bringing up his 50 with a cracking drive through the covers. He was joined by his skipper in the seventh with ten an over needed - the pair played it steady until Munro was caught by Brownlie from Scott Kuggeleijn at cover for 54 in the 11th.

From there, Cachopa and Robbie O'Donnell made a partnership of 98 to reel in the big total, taking singles everywhere and taking only calculated risks for boundaries.

The Knights were guilty of too many wides heading into the death overs - Daryl Mitchell conceded 12 from the 19th over, leaving six needed off the last - despite Kyle Abbot bowling Cachopa for 60, Daniel Bell-Drummond hit the winning runs through fine leg to get the Aces home and claim the win by six wickets.