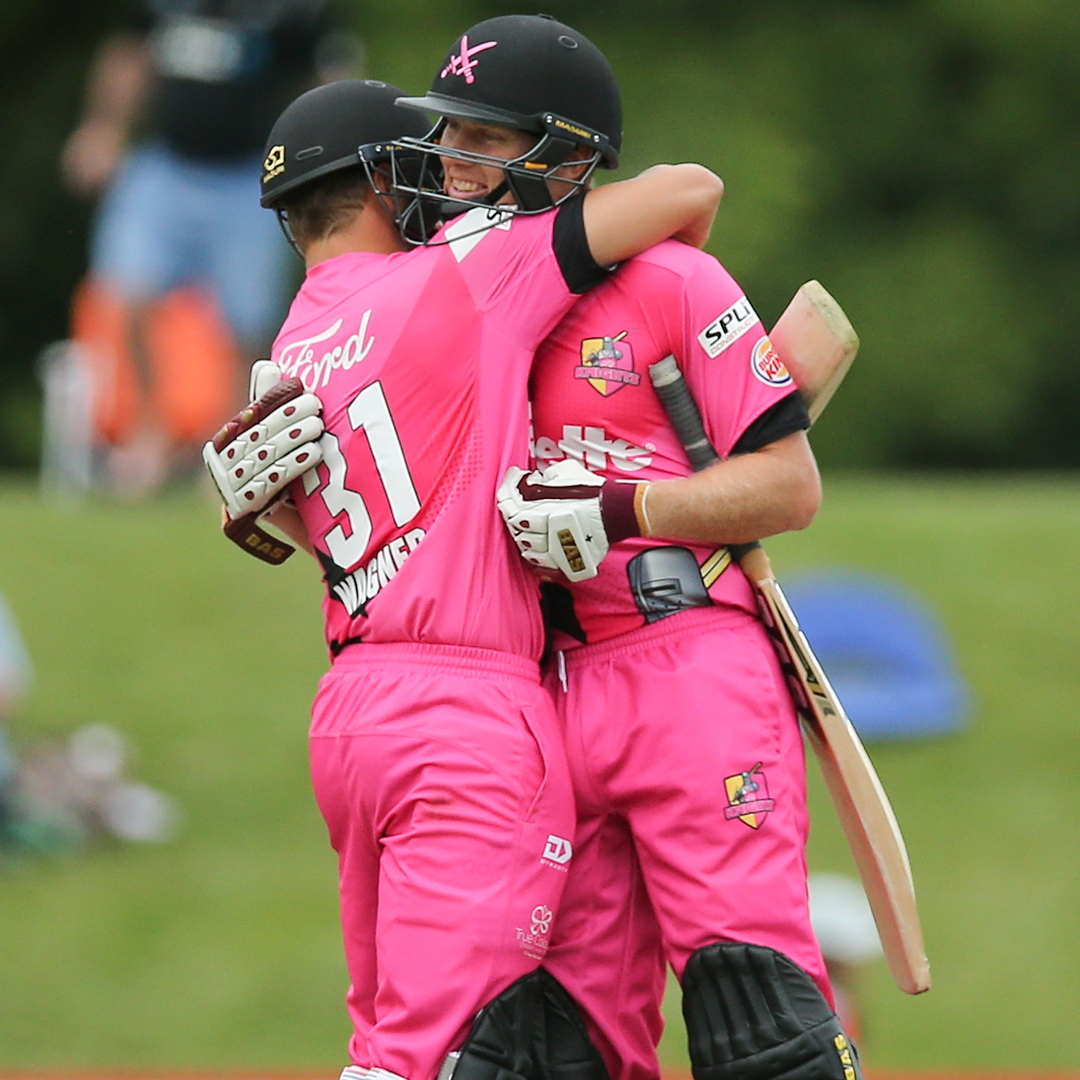 The Knights extended their lead at the top of the BK Super Smash table with a two wicket win over the Canterbury Kings at Hagley Oval. The home team did everything but win, scoring 193-5 and taking eight wickets, but couldn't stop the Knights executing a finely judged chase.

Returning BLACKCAP Tom Latham had no luck, caught by Daryl Mitchell at point on the first ball of the game. In contrast, his opening partner Chad Bowes formed the backbone of the Kings' innings with 67 from 46 balls, batting through until the 16th over, having set his side up for a huge score.

The Knights called on seven bowlers as they tried to contain the onslaught, including English international Chris Jordan (2-36) and BLACKCAPS Mitchell Santner (1-23) and Neil Wagner, who conceded 0-27 from his two overs.

Bowes was supported by an aggressive Andrew Ellis, who plundered 45 from just 30 balls, Cole McConchie (24 from 14) and Cam Fletcher (22 from 14) as the Kings stormed to an intimidating 193-5.

The Knights struggled to get momentum, losing early wickets until Brett Hampton settled, then launched. He formed a dangerous partnership with Corey Anderson before Ellis claimed Anderson's wicket for 17, then Hampton's for 55 to bring new men to the crease when the pressure was on.

22 were needed from the last two overs, and Flynn, who'd been dropped by Fletcher, hit Ellis for six and was caught two balls later in a juggling catch by Jeremy Benton at a crucial time.

Jordan (17) hit two consecutive balls for four to leave the Knights needing five runs from the last over, before he was was promptly caught by Bowes in the deep.

Scott Kuggeleijn (7*) and Wagner (0*) were left to get the runs and with three from three needed, Kuggeleijn cooly hit Edward Nuttall for six to hand the Knights the win by two wickets.