Spirit on a high 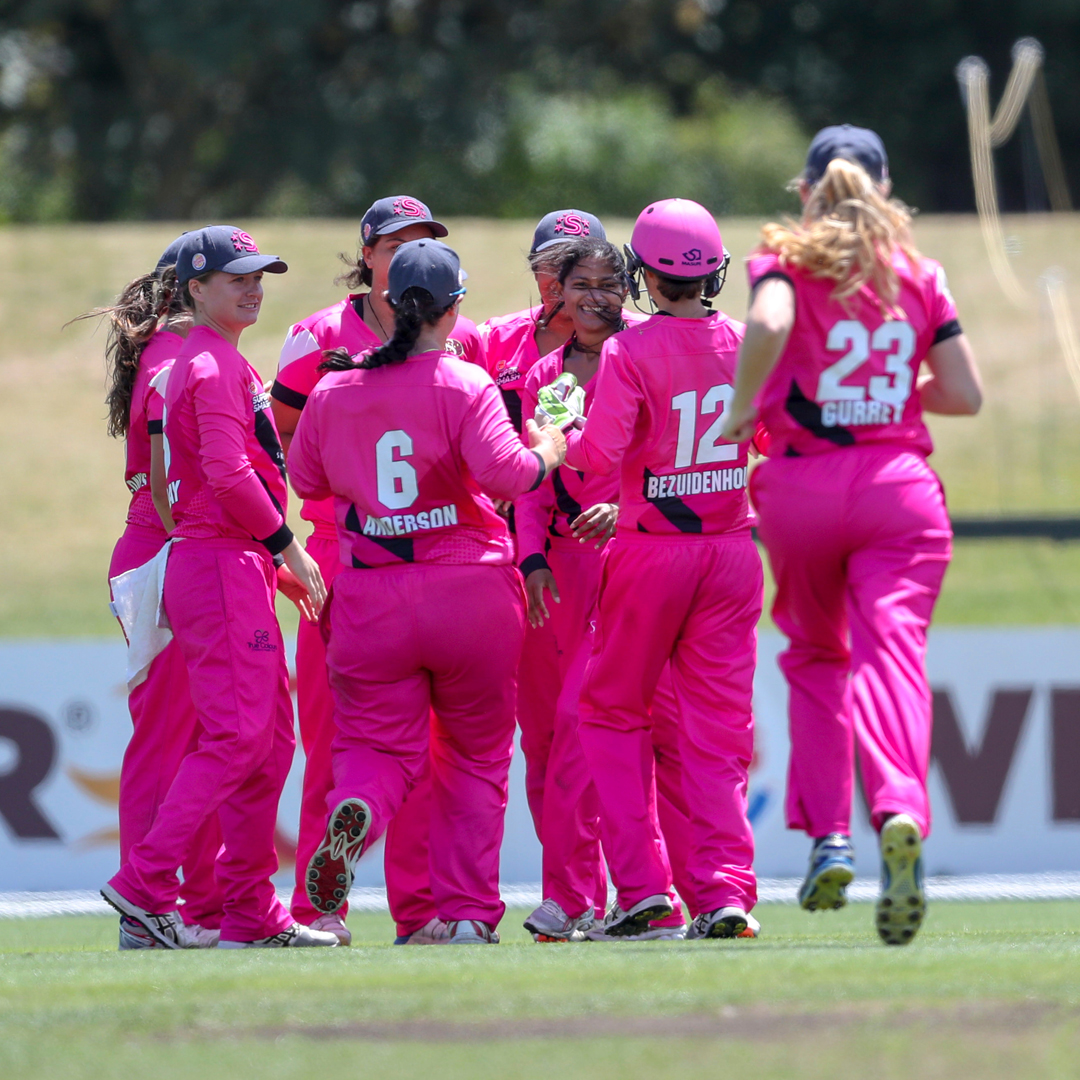 In a match that went down the wire, the Spirit made the most of a good wicket and fast outfield to chase down the Magicians' formidable 165-2 and end their season on a high. Both sides batted outstandingly, but the Magicians were unable to take the wickets they needed late in the game, going down by five wickets.

After Carolyn Esterhuizen got the dangerous Kirsty Nation for a duck early on, Frankie Mackay picked up where she left off on Sunday, scoring 58 not out after being dropped in the 11th over by Alisha Rout.

She was joined by Kate Ebrahim, who went hard on the attack for an unbeaten 77, including a pair of monstrous sixes from Kate Anderson over square leg, as part of a 129 run partnership with her skipper.

If the Spirit were daunted by the large asking rate, they didn't show it. Katie Gurrey kept her spot at the top of the run scoring charts with 55 as part of a 66 run opening stand with Bernadine Bezuidenhout (17).

Frankie Mackay dragged her side back into the match, first getting Bezuidenhout caught at mid-on in the seventh over, then taking a brilliant catch to remove Gurrey at long-on in the 10th.

Anderson came and went quickly and with over eight an over still needed, Felicity Leydon-Davis (41*) and Eimear Richardson (43) hit out fearlessly and ran smart singles to tick off the runs required.

There were nervous moments when Mackay (2-25) removed Richardson and Samantha Curtis in successive balls in the 17th, but the Spirit went into the last over needing just three runs. Leydon-Davis stepped inside the line to hit Ebrahim's first ball for four and earn the win by five wickets.