Spirit strong in this one 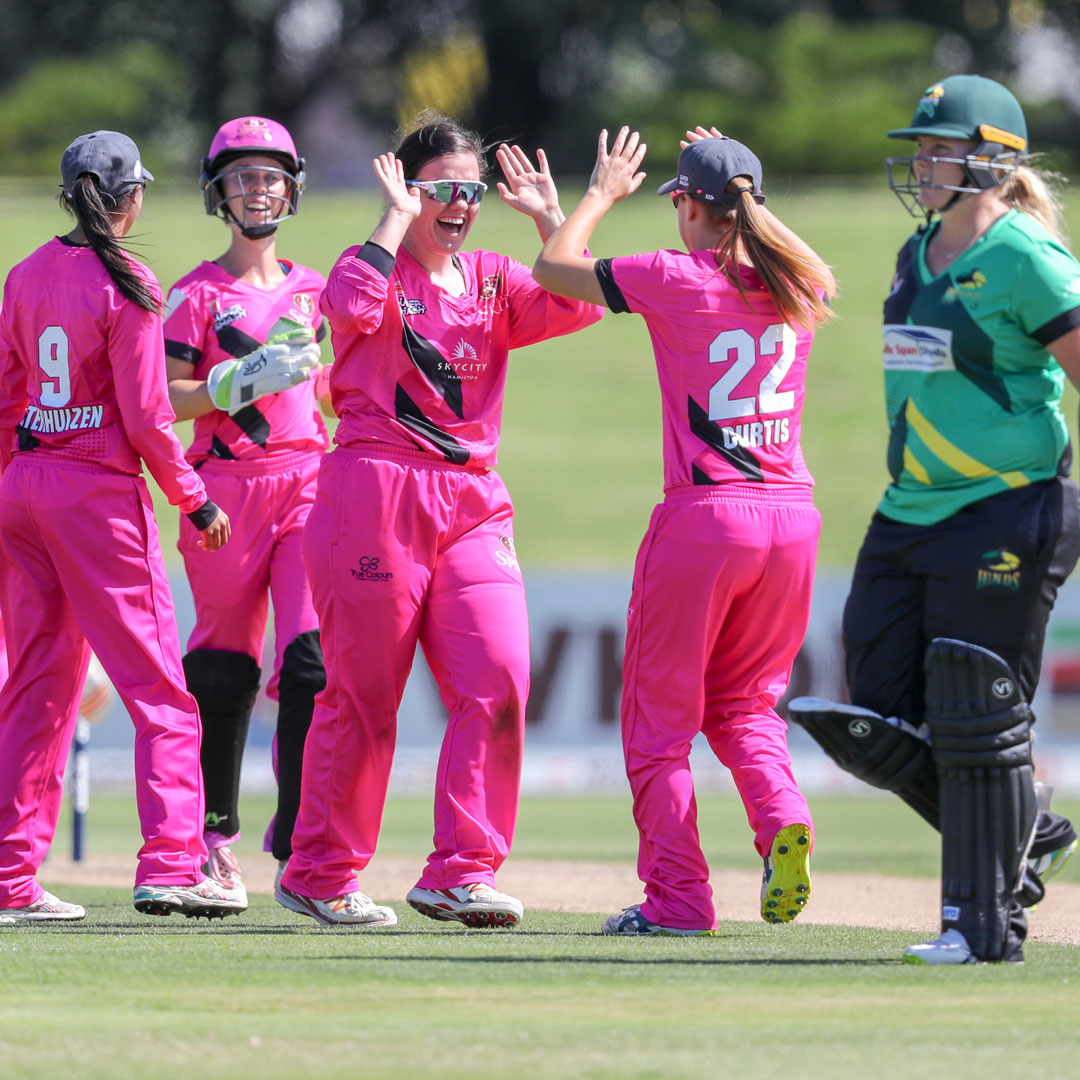 The Hinds' innings was crying out for meaningful partnerships that never came, thanks to the Spirit's miserly bowling and tight fielding, who then timed their chase to perfection thanks to Katie Gurrey and Kate Anderson, to get home with seven balls to spare.

The Spirit were forcing the Hinds to make the play with a triple spin attack of Carolyn Esterhuizen, Eimear Richardson, and Kate Anderson on a pitch with low bounce.

Emily Cunningham misjudged Eimear Richardson playing across the line and was given LBW for 11, before Jess Watkin came down the track to hit her fifth ball for six over long on to make her intentions clear.

Natalie Dodd was caught in the deep for eight, followed swiftly by skipper Anlo de Venter, trapped LBW by Anderson for five and Kerry Tomlinson, caught for the same score to give Anderson her second wicket.

Alisha Rout made Watkin hole out to Brooke Halliday at fine leg for 27 from 25, before running Hannah Rowe out for 12 from close range off her own bowling soon after.

Mikaela Greig offered some hope, hitting Esterhuizen for three sixes in a row to the same spot straight down the ground to bring up the Hinds' 100 and get them near respectability.

In the chase, Bernadine Bezuidenhout and Katie Gurrey punished anything loose, making the most of some loose fielding from the Hinds early, with a handful of misfields resulting in boundaries.

Gurrey was traveling comfortably before pushing a single too hard and falling to a Hannah Rowe direct hit for 36 in the 12th to set the Spirit's nerves jangling, with six an over needed from that point.

Anderson and Richardson played it sensibly, picking off singles peppered by the odd boundary, with an Anderson cover drive for four and a six over long off the standouts.

Richardson was caught on the rope from Watkin's bowling to leave 17 needed from the last three overs, before Anderson was bowled by Rosemary Mair for 27 from a slower ball that took an age to get there.

Felicity Leydon-Davis hit Hannah Rowe down the ground for four to settle the nerves, before getting the runs alongside her skipper Sam Curtis with seven balls to spare.