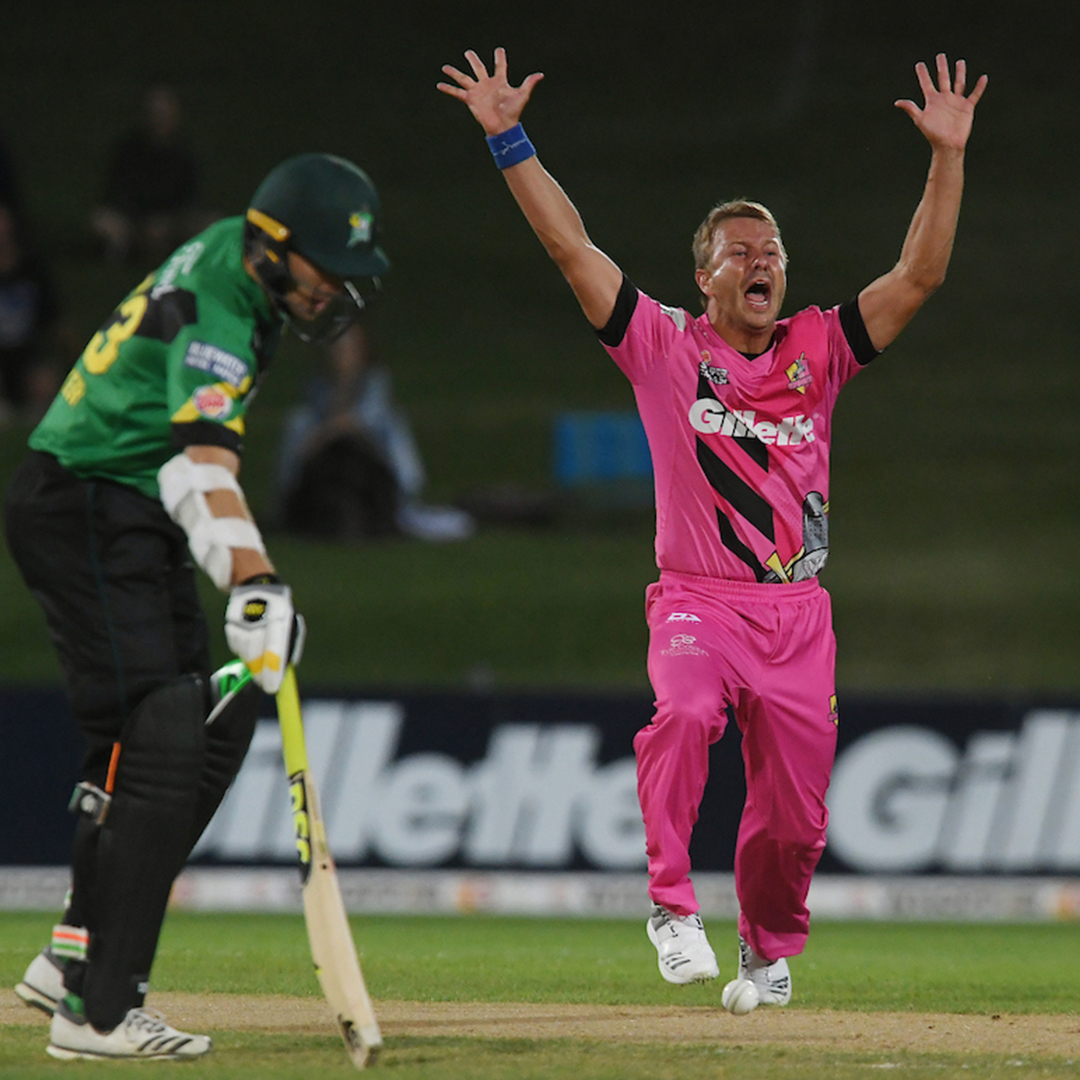 In a match which pitted first against second in the Burger King Super Smash, the Knights made a big statement with the finals just around the corner, producing a brilliant display with bat and ball to defeat the Central Stags by 131 runs.

The day started well for the Central Stags when skipper Tom Bruce won the toss and told the Knights to pad up. Bruce, who was also donning the keeping gloves in the absence of the injured Dane Cleaver, then helped the Stags get off to the perfect start by stumping Nick Kelly for a duck off the bowling of Dean Foxcroft.

Knights skipper Dean Brownlie then joined Tim Seifert at the crease and the two set about putting the early wicket behind them, building a 70-run partnership before Ajaz Patel had Seifert caught for 35. Brownlie fell 24 runs later for 40, with the score at 95-3 in the 12th over.

While the platform was somewhat laid, no one could have anticipated the onslaught that ensued when Daryl Mitchell joined Brett Hampton at the crease. 34 breath-taking balls later, Hampton and Mitchell had added 98 runs before Hampton fell for 64 off 31 balls, which included two massive sixes which left McLean Park.

Mitchell then continued the carnage after Hampton's departure, bringing up his own half-century off just 20 balls. He would eventually fall in the final over to Blair Tickner, the pick of the Stags bowlers with 2/37, for 61 off 23 balls. Corey Anderson and Scott Kuggeleijn saw the innings through to its conclusion, with the Knights scoring a whopping 230-5 off their 20 overs - the highest score in the Super Smash this season.

The Stags knew they had to make a fast start but as with the Knights innings, they lost a wicket in the first over, Will Young trapped in front lbw for 1 by Neil Wagner. It got worse for the Stags in the following over when Young's opening partner George Worker chopped-on from Kuggeleijn.

If the Knights hadn't already made the perfect start, they certainly had 11 balls later as Kuggeleijn removed the Super Smash's top run-scorer and their nemesis in the return fixture earlier in the season, Tom Bruce, caught-behind for four. The sixth over saw the departure of Kieran Noema-Barnett with a beautiful yorker from Wagner sending his stumps cartwheeling. The Stags had found themselves 42-4 and their chase seemingly over before it had begun; Dean Foxcroft providing the only resistance to be 18*.

The match was then all about Tarun Nethula, whose wonderful spell of spin bowling combined with the Stags' need for fast runs provided the catalyst for Nethula to achieve career-best Super Smash bowling figures: 3.1 overs, 23 runs for 6 wickets.

He removed Stags' top-scorer Foxcroft for 23, taking a catch off his own bowling before removing Josh Clarkson, who also made 23. He removed Wilem Ludick three balls later, before taking two wickets in successive balls in his next over, giving Nethula his five-for and leaving him on a hat-trick.

The Stags managed to deny Nethula his hat-trick, but he took the final wicket with the first ball of his next over, giving him his incredible figures and ending the Stags innings after 85 balls which yielded 99 runs; giving the Knights a massive victory by 131 runs.

The result means the Knights are now guaranteed a first or second-place finish with two matches to go. They could be confirmed as first-place finishers this weekend, should the Auckland Aces fail to beat the Canterbury Kings.

While it was a tough outing for the Stags, their fate is still in their own hands and they will finish second if they win their two remaining matches.