Stags get the better of the Knights 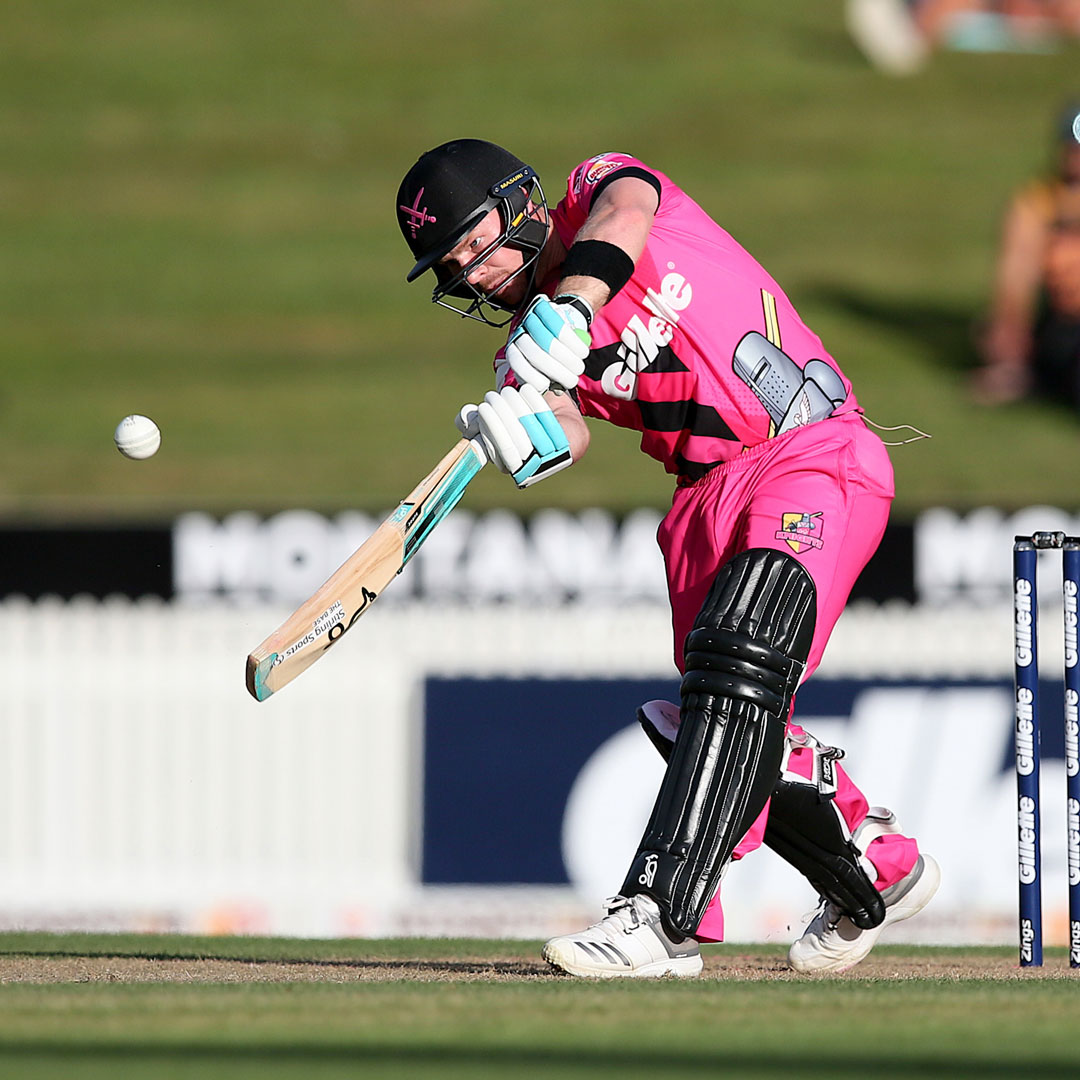 Champing at the bit to join the competition, the Stags completed a superb chase thanks to skipper Tom Bruce's unbeaten 88*, despite being put under pressure by the Knights for long periods of time on a fine evening in Mount Maunganui.

In brilliant sunshine, the Knights came out firing with the big-hitting Tim Seifert and Anton Devcich going hard from the start and hitting some spectacular boundaries.

Doug Bracewell, who went for 17 from his first over, got revenge somewhat when he caught Devcich for 23 with a tremendous catch at mid-on over his head, running back and only just hanging on.

Seifert was celebrating his BLACKCAPS call up with all the shots, keeping the score ticking along at over seven an over with both singles and big boundaries, before becoming Blair Tickner's third victim for 55 from 42 balls with a miscue down the ground - when Santner was bowled next ball by Felix Murray, the momentum shifted to the visitors.

Daryl Mitchell (20) and Daniel Flynn (27) kept things rolling, but a flurry of wickets at the end meant there may well have been runs left on the table as they reached 156-8 in the 20.

In the Stags' chase, George Worker went early for six, caught by Seifert in the second over, while Devcich grabbed Dane Cleaver the next over, driving low to Dean Brownlie for nine.

Scott Kuggeleijn was bowling with a plenty of fire and got Will Young to chase a wide delivery and picked him up caught at second slip for one, while Mitchell Santner got Josh Clarkson for seven with his second ball.

The Stags' tall order kept getting taller in the face of a classy attack. Bruce and Doug Bracewell took 18 from a Daryl Mitchell over to keep things going, before Bruce brought up his 50 with a big six over mid-wicket, but lost his batting partner in the same over, skying Santner to Brownlie in the covers for 21.

Needing ten an over for an extended period, Bruce played it to perfection with some cracking boundaries among the hard-ran singles. He was joined by Kieran Noema-Barnett (15*), who showed his experience by feeding the strike to Bruce, who completed the chase that looked beyond his team at times with four balls to spare to make it one from one for the Stags.