Tough outing for the Spirit 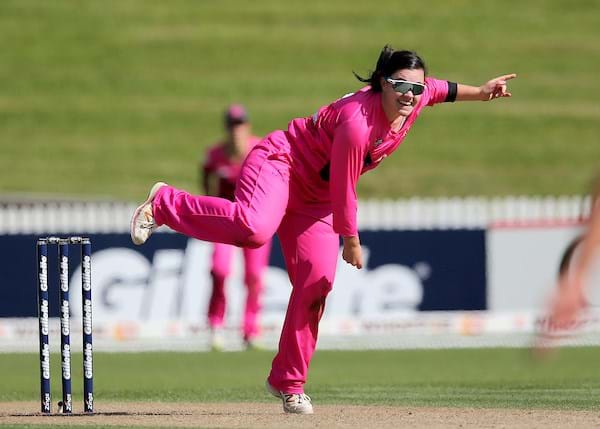 Sent in by the Spirit, the visitors only lost two wickets in their innings, but didn't have it all their own way.

Rebecca Burns and Amelia Kerr backed themselves to go over the top early, but Burns went to the well too many times and was caught on the rope by Felicity Leydon-Davis for 28 from 23. Kerr followed for 25 from 19 when she was run out pushing too hard for a single.

Doolan cashed in for eight fours through her innings, but the Spirit's death bowling was accurate enough to put the brakes on and prevent the Blaze putting a really big total on the board.

After getting her eye in, Leydon-Davis went hard at anything loose and took several boundaries behind square, with Samantha Curtis getting in on the act with a big six from Deanna Doughty in the 13th.

The Spirit chase faltered when Curtis was stumped for 29, shortly followed by Leydon-Davis for the same score to a juggling catch behind the stumps by McFadyen.

From that point wickets started tumbling, with Kerr getting Alisha Rout stumped, and then bowling Mereana Hyde to sit on a hat trick she couldn't convert this time. She finished with three wickets for ten runs, while leg spin partner Doughty had four for 16.

"It's good to bat some time and bat through the innings, which doesn't often happen!" said Doolan. "Playing in a double-header is a great opportunity for the girls and adds an extra little bit to the game. It's great and the girls are excited to be part of it."