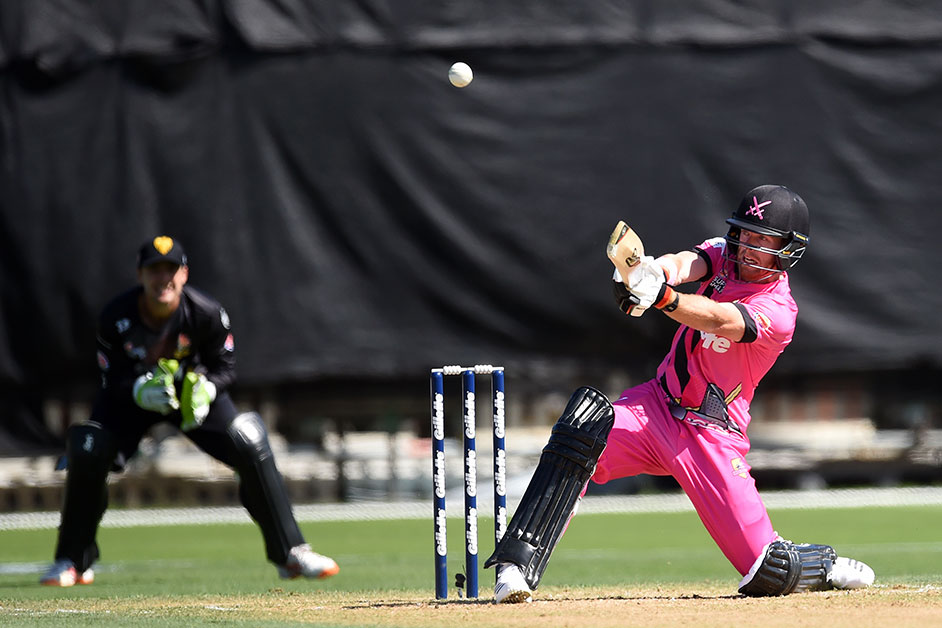 The first and second placed BK Super Smash teams produced a tense contest on a magnificent Wellington afternoon that went to the last over. Daryl Mitchell made a huge contribution with 49 runs and two early wickets as well as classy death bowling, with quality back up by debutant South African Kyle Abbott and Corey Anderson at the bowling crease.

The Knights extend their lead at the top of the table, moving to 20 points from six matches and look very strong for the playoffs.

The Knights, missing key players like Scott Kuggeleijn, Dean Brownlie and Anton Devcich made a bright start through Nick Kelly (45) and Daryl Mitchell, before losing wickets.

Ollie Newton (3-26) and Jeetan Patel (2-27) both showed how to get the most from a surface playing slightly slow, using all their variations to draw false shots and reaped the rewards.

Mitchell repeated his Hagley Oval trick of holding the Knights' innings together, counter-attacking with Daniel Flynn (25) to make 55 for the 5th wicket.

Mitchell was caught by Hamish Bennett one short of his half century, before canny death bowling from the Firebirds saw more wickets fall and no late fireworks from the visitors, who finished on 157-7.

South African import Kyle Abbot started with a wicket maiden, picking up danger man Michael Bracewell misjudging a lap shot for nine in the second over. That man Mitchell then got Conway caught at point for 14, and followed up by bowling debutant Troy Johnson for four.

Adam Hose (52) and Tom Blundell consolidated with a partnership of 64 that edged the Firebirds cautiously closer to the target. Abbot came back to trap Hose LBW, then Corey Anderson got Blundell caught in the deep for 38 and Logan van Beek for two in the same over with 27 still needed late on.

With 19 needed from the last, Michael Pollard and Ollie Newton found Mitchell's slower balls and off cutters elusive, falling short in the long shadows to give the Knights the win by 12 runs.